Must Watch! Teaser for Documentary “Journey of an African Colony: The Making of Nigeria” is Here

Singer-songwriter Ed Sheeran has debunked rumours that sparked last week, after he was spotted wearing what looks like a wedding ring during a performance in London, even though he continued to fuel marriage speculation by wearing the same ring to the 2018 BRIT Awards on Wednesday.

Responding to the marriage speculation, Ed told Sky News at the award show that he has been wearing his engagement ring.

It’s an engagement ring – because I feel like…I don’t know, I feel like it’s good to both do things. 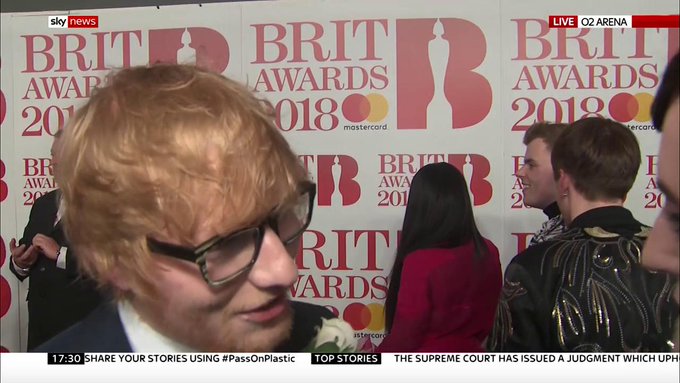 Ed Sheeran answers questions from super fan Kay Burley, and says he is wearing an engagement ring not a wedding ring

Ed announced his engagement to Cherry Seaborn on Instagram last month, saying he popped the question on New Year’s Eve.